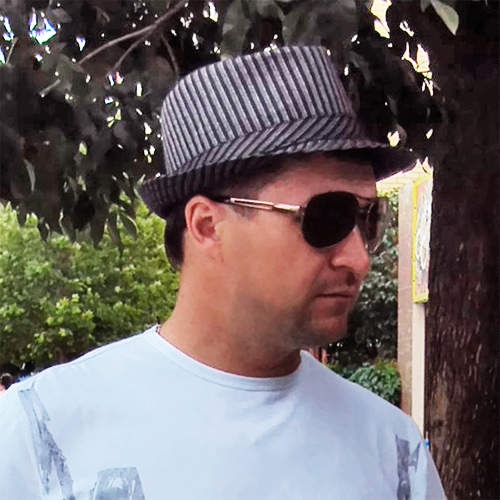 Love for music from an early age Yura G DM instilled father having primary education in the classroom violin, without noticing, because in his collection of vinyl records, there were many, popular at that time, groups and artists, ranging from Soviet music ending foreign music in different directions. Yury liked to tinker in the data records and listen to everything, eventually developed a taste of it, and in the meantime developed and the desire to become an artist, to write music. But until then free time listening to sit at tons of different music, popular in those years, and simultaneously analyzed, of which it is composed.
School years in 1994, realizing the principle of its construction, Yury decided to create his first composition for this purpose he collected some tape from his friends and started sampling music on cassette. Delight of the result does not have to wait long and Yuri realized that he was able to take the first steps in a magical land called musical creativity. Development in the music interrupted army. After which he took up again the work of continuing to learn music software and the basics of information and electronic music. With the advent of the first full-fledged music software, Yuri began to create their own tracks.
RELEASES WITH